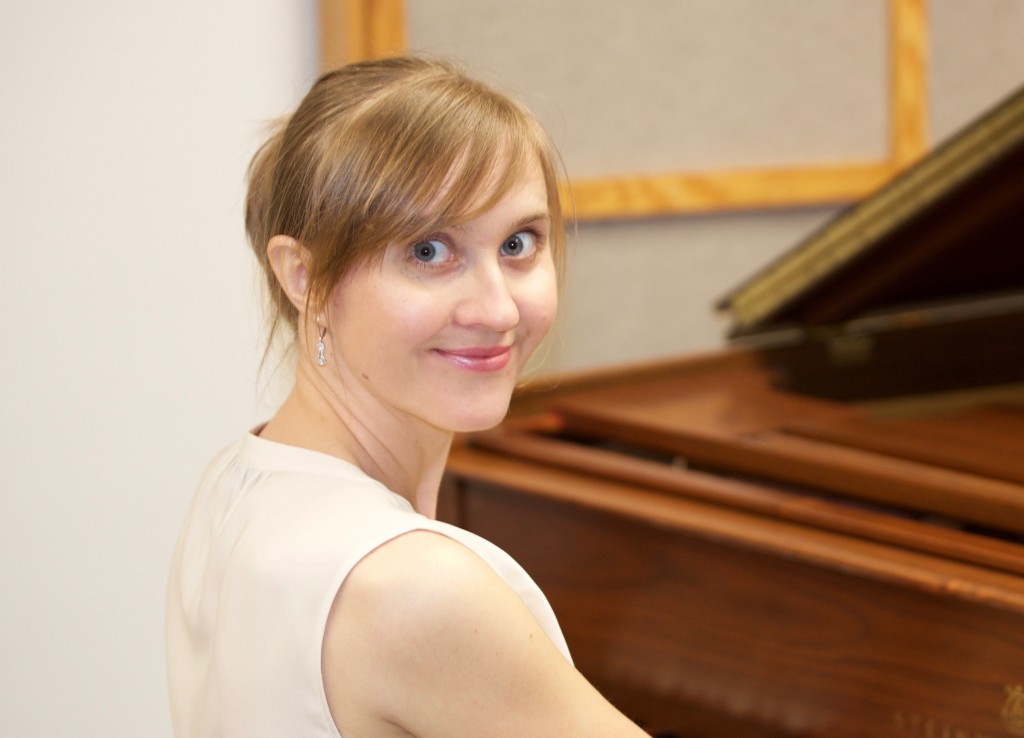 Dr. Olga Kleiankina has been named as a recipient of NC State’s Outstanding Teacher Award for the Division of Academic and Student Affairs.

Dr. Kleiankina is a graduate in piano performance and music theory from St. Neaga College of Music in Chisinau, Moldova. She continued her international musical training and the Academy of Music Gh. Dima in Cluj-Napoca, Romania, further receiving a Master of Music from Bowling Green State University and a Doctorate of Musical Arts from the University of Michigan. Over her career, Dr. Kleiankina has obtained various awards and prizes for performance, accompanying, chamber music, jazz, composition and arrangements.

Dr. Kleiankina is currently the Teaching Associate Professor of Piano at NC State University. She has presented numerous lectures, lecture-recitals, and master classes internationally and in the United States at events such as the 2008 MTNA Conference in Denver and the 2011 CMS Conference in Richmond, Virginia.

Kleiankina is an active solo and chamber music performer with an international career. She has performed with orchestras from Moldova, Romania, United States and Russia with conductors Emil Simon, Robert Houlihan, Zsolt Janko, Randolph Foy and Jeffrey Meyer. Besides her interest and expertise in Classical and Romantic music, she is an enthusiastic performer of new music promoting works of North Carolinian composers Karel Husa, Rodney Waschka, Mark Scearce. She has appeared in new music festivals such as 2002 Sigismund Toduta Festival in Romania, 2010 Sound Ways Festival in St. Petersburg, Russia, 2012 New Music Festival in Moldova, 2014 Modern Music Festival in Santiago, Chile.

The Outstanding Teacher Award recognizes excellence in teaching at all levels. To be eligible for the award, nominees must have taught at NC State for a minimum of 15 student credit hours and be teaching during the academic year of nomination. Nominees may not have been named an Outstanding Teacher recipient within the past three academic years or been an Alumni Distinguished Undergraduate Professor Award recipient in the three academic years preceding the year of nomination. Nominees are recommended by students and faculty members.
A maximum of six Outstanding Teacher Award recipients are selected by the Senior Class Council; each receives a $1,000.00 cash reward. Following recognition as an Outstanding Teacher, recipients are eligible to receive the Board of Governors Award for Excellence in Teaching and the Alumni Distinguished Professor Award.

Green was awarded the honor during the Chancellor’s Creating Community Awards ceremony on April 26, 2018, for her contributions to diversity, equity, and inclusion during the past year.